Photograph The Moon | Keep your Distance 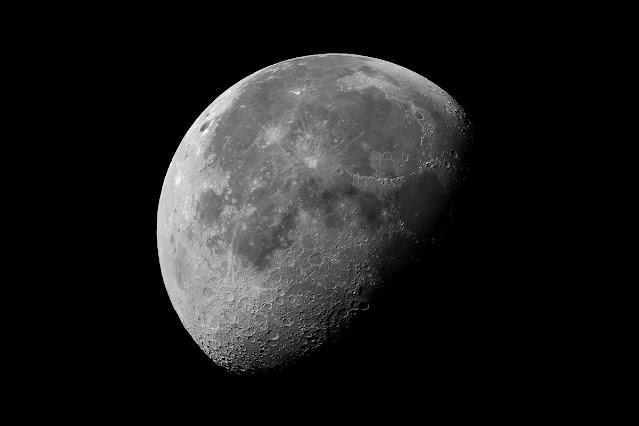 Photograph The Moon | Keep your Distance

Lokosnimka - I’m sure if you have already attempted to take a picture of the moon, you probably ran into a problem where the moon looks tiny in comparison to what you saw while taking the picture. Why does the moon get photographed so much smaller? The simple answer is – you are probably taking a picture of the moon with a wide-angle lens. Keep in mind that your eyes are like a 50mm fixed lens and if you are taking a picture with a wide-angle lens that is shorter than 50mm, the moon will be captured in smaller size!

Some things to consider before you venture out to photograph the moon:  First of all affix your camera with a telephoto lens – 300mm, at least if you want the moon to fill the frame, though you can photograph decent moon shots with most kit lenses as well.  A 2x converter works excellently to supplement a lens, and is a very inexpensive option.  Keep in mind, the Moon moves all the time while the Earth is moving, so use the highest shutter speed with small F-stop to get a slightly underexposed image that will make your moon look bright without using a tripod. The shutter speed will have to be at 1/350 when using 300mm, because then you’ll get a clear image of the moon.  Though many digital cameras have an automatic setting for night shots, you’ll capture a photograph that has far more quality if you manually set ISO, shutter speed, and aperture. Start with an ISO of 100.

Long exposure is a given, since you’re photographing at night, but you might actually require less exposure than you’d think.  Consider underexposing a shot to be able to manipulate the contrast and curves during post processing.  Shoot various phases of the moon. The side-lighting that occurs during the moon’s various phases offers a dramatic subject for your images.  Adjust for exposure – a longer exposure will probably be required than what would be used during a full moon because, intuitively, a half or quarter-moon throws less light than a full moon.

Obviously, you should be taking a picture of the moon on a clear night with no clouds in the sky. Even a thin layer of clouds will make it impossible to get a clear picture of the moon, so absolutely make sure that the sky is clear. Pollution in large cities, especially in hot summer days will also play a big role, so it is recommended that you get out of town and travel to a remote location with no light or air pollution, preferably at a higher elevation. The less the distance between you and the moon, the better the pictures.  It is best if you concentrate on taking your moon photographs right after sunset, within the 30 first minutes.  It is within those first 30 minutes, that the moon will offer its sharpest details. It will also appear larger  moments following sunset because of its atmospheric conditions. Good luck, hope we showed you how to photograph the Moon the best way!